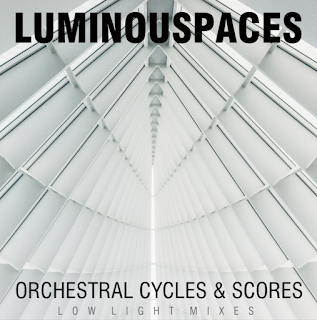 Two of my favorite albums this year are from Icelandic composers, Jóhann Jóhannsson - Orphée and Ólafur Arnalds - Islands.  How does the tiny country of Iceland produce so many incredible artists? I don't know how but I'm happy every time new music comes from that mysterious place.

The moment I heard these two recordings I knew I'd have to make a new modern classical mix. All of the music here is fairly new and most of it has an accessible classical take with an ambient touch.

Most regular visitors to this blog are aware that I also post these mixes over at Mixcloud.  I love Mixcloud.  I got in very early on and so have developed quite a few followers.  It's been fun watching it grow.

One thing that has helped in growing that following is being one of the featured cloudcasts in the Ambient/Chillout category.  Well, apparently now Low Light Mixes is also one of the featured cloudcasts in the Classical category.  Some of my mixes my have some classical related tunes but I definitely wouldn't characterize these mixes as "classical."  But, what the heck, I'll take the extra exposure.

Being featured in the classical category was the genesis for this new mix, "things left unsaid."  It's an all classical mix.  Maybe it would be better to call it an orchestral mix because about half of the tracks are from film soundtracks, so not classical in the purest sense.

Most of the music is fairly new.  The oldest cut being the Jonnie Greenwood piece from 2007.  There a few tracks from Caleb Burhans and David Lang that are from 2013 releases that didn't make it onto my year in review lists because I didn't find them until 2014.  I found them on someone else's best of list.  They are both excellent recordings.  And of course I had to include some Johann Johannsson because I pretty much like everything he does.

I hope you enjoy this classical diversion. 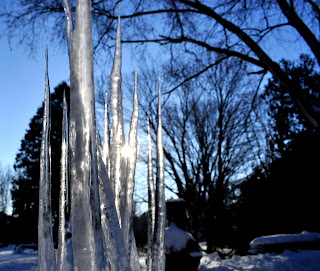 I have to be honest.  One of the reasons I've done so many(#5 now) of these Sunday morning music mixes is that they are so popular, especially on Mixcloud.  So I'm a sellout, a ratings whore.  I admit it.  But I like to think that each Sunday mix is a good listen in it's own way.

I usually stumble upon a song or two that prompts me to start a new mix.  In this case it was the song "Before My Time" which leads off the mix.  It's the song that plays during the credits of the film Chasing Ice.  When I heard it as the credits rolled it knocked my socks off.  That's Scarlett Johansson singing.  She's got a unique voice,  not one to be used for candy coated pop music.  But absolutely perfect for the beautiful restraint of "Before My Time."

I hope this mix is another worthy addition to the Sunday morning music series.  Enjoy. 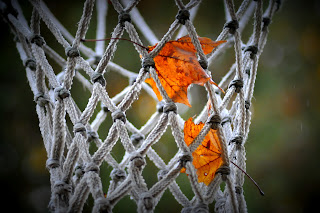 I wanted to get this mix in while it is still autumn.  I originally did this mix last fall for the good folks over at Headphone Commute. If you've not been there, head over to their great site for reviews, news, sound clips & of course mixes.

The music in the mix sort of has an autumnal feel to it at least I hope so considering the title is “Illusions of Autumn.”  Not sure what qualifies a tune as being autumnal, I guess it’s a case of “I know it, when I hear it.”

I was glad to use the Arve Henriksen tune, I love his stuff but sometimes it doesn't fit in a straight ambient mix.  But it works well here, it really has a nice fall color feel to me.

Enjoy autumn while you can, winter is will be here soon. 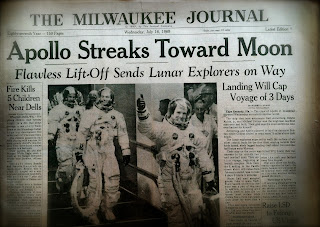 I've been on kind of a moon binge lately. It started with watching HBO's excellent series, "From the Earth to the Moon." Then I read "We Reach the Moon," a book written in 1969 by John Noble Wilford, the NYT science reporter.

Next I moved on to the wonderful film, "For All Mankind."  It's the story of the men who went to the moon, told in their own words.  Beautiful images and of course Eno's remarkable soundtrack, "Apollo : Atmospheres & Soundtracks".

I know it may a bit of a cliche to start with Kennedy's moon speech at Rice University but I love that speech & that part still gives me chills.  11 of the tunes are actually from 1969 :

It's interesting how many of them had moon or space themes.  I guess that is where everyone's mind was at the time.

I just had to include a couple of cuts from Eno's "Apollo:Atmospheres & Soundtracks" and from the new Air release, "Le Voyage Dans La Lune."  It's a soundtrack Georges Méliès’ short classic, "A Trip to the Moon."  It was originally released in 1902 & has been restored in color with Air's new soundtrack.

Also included in the mix are three tunes from a netlabel album by Re-Drum called "1969".  All the tracks on the album were made by using sampled music from the year 1969.  These are the cuts that I used & the source material used to make those cuts...

2. The Last Breath : The Moody Blues - Eyes Of A Child, Part 1 Zephyr - Somebody Listen Isaac Hayes - By The Time I Get To Phoenix (voice) Internet Anticipation 1969

3. Armstrong : Lonnie Smith - Eleanor Rigby Kool And The Gang - Give It Up Pink Floyd - The Narrow Way (Part 3) The Rolling Stones - Live With Me Voice: First Moon Landing

This was another fun mix to put together, I hope it's a fun listen as well. 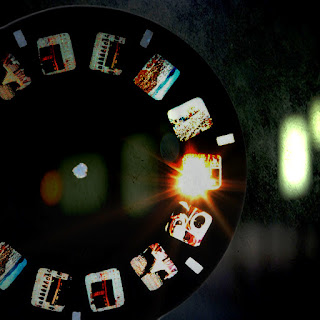 I guess you could say that all the music I listen to is a soundtrack of one sort or another.  Soundtrack for cleaning the house, soundtrack for sleeping, for biking, for reading, for living.  Most of my mixes could be considered to be mini soundtracks.

So what makes this one different?  I guess the tracks collected here just sort of had that "soundtrack" feel when I first heard them.  I imagined a scene from a film with the tune as the soundtrack.  The tracklist then becomes a set of "imaginary soundtracks."

Some of the cuts, such as those from Cliff Martinez & Clint Mansell, are from actual soundtracks.  The others just seemed to fit the mood.

fire and ice - an Icelandic mix

For such a small country, Iceland has produced a surprising number of excellent artists.  From Bjork to Mum to Seabear to Olaf Arnalds to Sigur Ros, it's really extraordinary the amount of wonderful music that comes from that island.

This last mix of 2011 is an Icelandic journey.  All the music is created by artists from Iceland.  The brilliant idea for it came from loyal listener, Kevin.  I wasn't sure how much music of Iceland I had in my collection but I was surprised to find quite a bit.

Icelandic music for me begins & ends with Sigur Ros & Bjork.  They are both in the mix, with Jonsi, from Sigur Ros, making multiple appearances.  In addition to the Sigur Ros tune, Jonsi contributes "Stokkseyri" from Riceboy Sleeps & "9" by Frakkur.

When Kevin suggested the mix & the title, he was thinking of Iceland as a land of extremes...glaciers & volcanoes, 24hr days & 24hr nights.  This mix doesn't swing too wildly from one extreme to another.  It's more ice than fire.  A few of the tunes do build in typical post-rock fashion, but generally things are fairly subdued.

I used two Johann Johannsson tracks fairly close together, which I normally don't like to do but the IBM track just seemed to fit perfectly with the preceding cut.  Plus I was just happy to be able to use that IBM track again because I LOVE it!

The pic in this post is from a terrific blog called "Stuck in Customs." Check out the blog or go to his Flickr stream to see some amazing photos.  I'm a little tired of the HDR effect in photos but Tret Ratcliff does a really nice job with it & it definitely helps that he is shooting in unbelievable locations.

This was a fun mix to put together & I'd like to thank Kevin for suggesting it, I'm very happy with how it turned out.

I can hear the snow fall 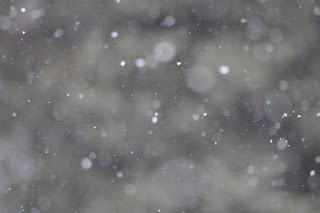 For some reason,when I think of falling snow, the instrument that comes to mind is the piano.  Maybe it's from years of listening to Vince Guaraldi's Charlie Brown Christmas album.  So it's no surprise that there is a fair amount of piano music in this "snow" mix.

We didn't have any snow yet but I had been thinking about doing a "first snow" mix for awhile & decided to throw one together Friday night.  Then I woke up Saturday morning to a light dusting of snow on the ground.  Maybe next I should do a mix for winning the lottery. ;)

As I said there is a lot of piano music in here.  Led by Nils Frahm, from his excellent Felt album.  A release that will end up on my best of the year list & one which everyone needs to hear.  I think this mix works well as an early season "snow" mix versus the more bleak mid winter drones that will show up later.

I expect to crank out at least one more mix before the end of the year.  Plus I'll have a year-end top 20 list, so start thinking of your own lists if you'd like to contribute. 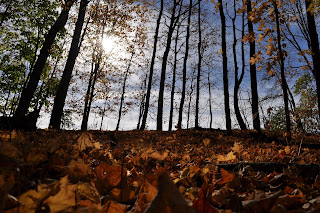 It hasn't felt much like autumn around here, with temps in the 70's & 80's the last week or two.  But the leaves are still falling and before you know it we'll have snow flying.

So I figured now is as good a time as any to publish this new mix, "Autumn in Slow Motion."  This is a fairly straight forward mix with a nice blend of old & new tracks.  As you can tell all the tracks have the word "autumn" or " leaves" in the title.  I'm pretty sure I've used the track by Eluder, "Autmun Hips", before but I just had to include it again because it's absolutely beautiful.

Normally I don't use my own pics for these posts, but the last two have been Low Light originals.  This one was taken last fall on a photo hike through a nature park in my neighborhood.  If you shoot a ton of pix one or two are bound to turn out.

songs for staying in 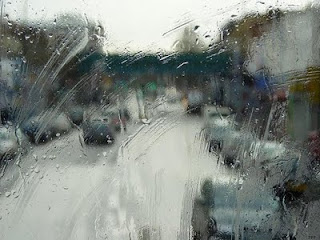 On the heals of the last mix, which was sort of modern classical, comes another neo-classical type mix.

I started collecting tunes for this mix after I heard Alva Noto's "Argonaut Version" in a Quiet Sounds mix.  I like that song & wanted it to find a home in a mix.

Speaking of Quiet Sounds, there are some excellent mixes available for download there.  I wish Brian would crank them out more often.

I stole the title for this mix from a song by The Tumbled Sea, which is next to last in the mix.  It just sounded like a good title & it fit with the crappy weather we've been having here.

The mix ends with a sort syrupy tune from Anthony Phillips.  It may be a bit too sweet but it's one of those tunes that I have always liked, goes back to college days.  i don't know if I was hearing it for the first time now, whether I would like it as much.  I'm sure a big part of the song's attraction is it's nostalgic significance.  Anthony Phillips is the original guitarist for Genesis and back in high school & college I was a HUGE Genesis fan.  Actually I still am, but that was how I came to Phillips' music back then.  It was nice to sneak that track into a mix.

Make some tea or coffee & enjoy "songs for staying in".