Vox Eterna - A Wordless Hymn to a Luminous World 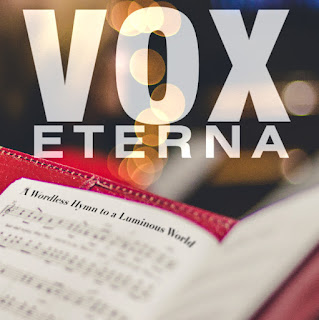 I'm not sure where this mix originated.  It may have started with Johann Johannsson's Kangaru from the Arrival soundtrack, God knows I listened to that a ton over the last 6 months.  Maybe it was Max Richter.
Whatever it was I found myself collecting vocal tunes.  The kind of tracks that have vocals but many times no words or lyrics.  If there are words it's usually unintelligible or a language like Latin.  Once I gathered enough music then wa-lah here's an ethereal vocal mix.
Cheers!
T R A C K L I S T :
Share | Download(Loading) 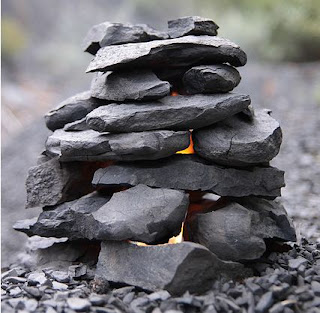 A friend of mine made an excellent Spotify playlist called "Atmospheric Songs for Travelers" which had some great music from John Martyn, Nick Drake, Wilco & more.(I saved it as my own playlist which is why name is on it if you click the link.)

Listening to that collection made me want put together my own mix of vocal music.  I don't do vocal mixes very often but I thought it'd be nice to do one now while all that music is swimming around in my head.

The songs are very laid back.  Most are acoustic.  Some new music(Antlers, Bon Iver, Horse Thieves) and some old stuff(John Martyn, Loudon Wainwright, Car Stevens).

Somehow the mix ended up with 3 covers in it -  Iron & Wine - Love Vigilantes(New Order Cover),   Josh Rouse - Straight to Hell(Clash cover) and Radiohead - Wish You Were Here(Pink Floyd cover). All brilliant covers.

I have some leftover vocal tunes that might make it into a new mix fairly soon.  Then it'll be back to good 'ol low light ambient.  For now, enjoy this vocal detour. 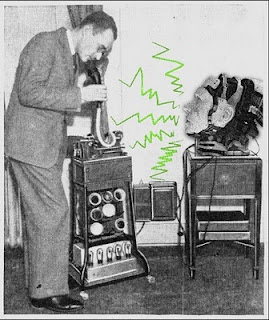 I was playing some Boards of Canada recently & came across the song "In a Beautiful Place Out in the Country." I love the use of the vocoder in that tune. Being a sci-fi geek & an electronic music dork, it makes sense that I would like songs with vocoders. So I set out to find enough vocoder tunes for a mix. The result is "Vox Electronix".

The vocoder is is an analysis/synthesis system, developed in the 1930's, that dramatically reduces the amount of information needed to store speech, from a complete recording to a series of numbers. Because much info was lost in the encoding & decoding process, the voice ended up sounding "dehumanized" or robot-like. Eventually changes were made by people like Wendy Carlos & Robert Moog, that made the vocoder a musical device, used most prominently by artists like Kraftwerk.

The vocoder is used in many of the tracks in this mix, but I'm not exactly sure which ones are vocoder & which ones are auto-tune and which ones are just clever vocal manipulation. So don't everyone go crazy saying "hey that's not a flippin' vocoder!" I was just going for a certain sound, a certain feel.

It was cool discovering tunes I'd either never heard of or forgotten about. Thanks to Judd at the Hypnos forum for recommending the tune by Tonto's Expanding Head Band & for reminding me about the track from the U2/Eno collaboration, Passengers. Also thanks to False mirror on the Hypnos forum for the heads up on the Robert Rich song. That's one of those that I think is some form of auto-tune versus a vocoder. The mix opens with a cool bit of audio which was recorded at Bell Labs in 1936.

This was a fun mix to put together, discovering new tunes & revisiting old favorites(O Superman). I hope you enjoy it as much as I did. 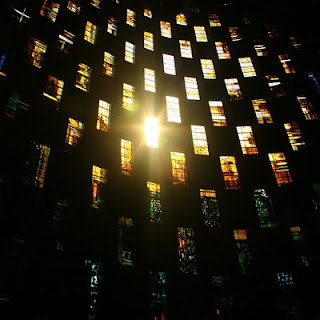 I love all the mixes being posted on Mixcloud by Fluid Radio. They have a ton of neo-classical, Ambient, Modern Classical, Experimental Acoustic mixes on their Mixcloud page. So I set out to make my own "neo-classical" mix. And as I have said here before, sometimes mixes take you in directions that you weren't anticipating.

With "a canticle unfolds", I discovered some vocal music as I was searching for tracks with a modern classical feel. Some of the tunes appear as recorded, others have been altered or remixed a bit. In the end, I ended up with 10 vocal cuts.

This mix started out fairly straight forward, turned into an experiment and ended up as a nice listening experience. I hope you like it.

I Love the Rain

The transition from spring to summer brings two new mixes from Low Light Mixes central command. We've had a fair amount of rain lately so both mixes are "rain" mixes.

Rain evokes so many memories & emotions, it's a great theme for mixes. Using field recordings really helps hold the mix together. I try not to over do it with the rain sounds, hopefully it works well.

This first mix is a vocal mix, well mostly vocal, there are three instrumentals hiding in there. All the tunes have the word "rain" in the title. It was fun discovering tunes I did not know very well, like The Decemberists track & the cut from Susanna & The Magical Orchestra.

The second rain mix is an instrumental mix and it will be posted over at the Subversion blog. Mick will be posting it there soon. And I will be posting a drone mix from Mick here at Low Light Mixes soon as well. I've also got a "sleep" mix in the works.

I was inspired by my daughter's mix cd's to do my own vocal mix. She does great mixes that I listen to in the car and I thought I'd do a similar one of my own. Of course the finished product is not as uptempo as hers. This being an ambient mix blog, most of the tunes are fairly quiet.

There is no unifying theme here, other than I like these tunes. The Martin Grech tunes are from "March of the Lonely" which made it on my best of 2008 list. I could have put in a ton of David Sylvian tracks but ended up with just two. Hmmm, maybe I should do an all Sylvian mix someday. There are two new songs in there, "Another World" by Antony & the Johnsons and "Foreground" from the new Grizzly Bear. The rest are a mix of old & fairly new cuts.

I did cheat a little bit by sneaking in one instrumental track. It's "Bell Toll by Daniel Lanois from his fantastic Omni series box. Somehow it just fit right. I also cheated on the graphic. I took an album cover by Dan Deacon and wiped out his title & put my own in. The pic just worked so perfectly with the title of the mix.

I called the mix "Refuge" because I think of music as a refuge and this mix as an escape from from other crappy music...from work...from laundry...from the economy...from normal, crazy life. I hope this mix can be a refuge for you too.

This is another new kind of mix for the blog. This is an all Eno mix.

I came across the Eno tune "Spider & I " in a recently downloaded mix & I was reminded of how much I like Eno's voice. So I thought why not collect some favorite vocal tunes together in one place.

For the first half of the mix I alternate between vocal tunes & instrumentals. I thought this might be nice to break things up a bit. About half way through I realized I'd run out of time so I went to all vocals. I love singing along with his songs & it is nice to have some favorites all together.

The title comes from Genesis' "Lamb Lies Down on Broadway" album, where Eno is credited with "enosification." Which he described this way..."I would take existing instruments and feed them through various devices to 'weird them up'."