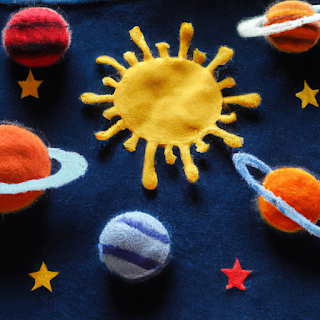 Fire up the Epstein Drive, get settled in your crash couch and set forth on a tour of the solar system. We'll travel from the sun past the inner planets and through asteroid belt out to the gas giants, into the kuiper belt and oort cloud, and finally reaching interstellar space.

All the track titles make it clear where we are on this journey.

Incidentally, there is a comet, C/2022 E3, that hopefully will be visible now through the first week of February. It should viewable first with a telescope then binoculars and maybe even with the naked eye around Feb. 1. This mix might make a good soundtrack for viewing.

Link to most of the music used in this mix: 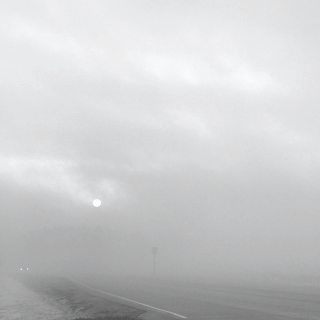 This mix is much more straightforward than the Antarctica set. This mix follows my "dubby & dreamy" formula of ethereal ambient dub tracks with a few gentle beats and lots of synth washes.

Here are the links to all the music used in this mix:

The Frozen Wild: An Antarctic Expedition 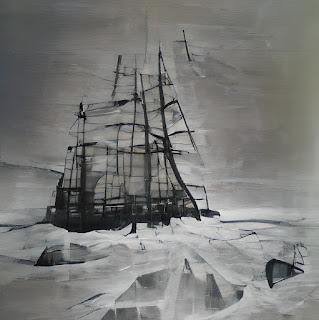 A couple of years ago I watched and read a ton on Ernest Shackleton, the English Explorer who went to Antarctica 3 times. One of those was a journey that saw his ship, Endurance, get stuck in the ice and then crushed by the ice, leaving the crew of 27 adrift on an ice floe.

After 6 months of drifting they made their way in the ship's boats to Elephant Island. Shackleton and five crewmates set sail in one of the boats to South Georgia island, a journey of 800 miles (1,300 kilometres) through the Southern Ocean.

After a 17-day voyage, the crew and small boat reached the southern coast of South Georgia. Historians regard the voyage of the crew in a 22.5-foot (6.9 m) ship's boat through the "Furious Fifties" as one of the greatest small-boat journeys ever completed.

Shackleton and two others crossed the island's mountains on foot to a whaling station where they organized the rescue of the rest of the crew. Ultimately, the entire Endurance crew returned home, without loss of life.

Welp, I hadn't intended on writing that much about Shackleton but it's such an amazing story. That was two years ago when I learned about Shackleton. Fast forward to today & I'm reading a book called "Antarctica" by Kim Stanley Robinson which has rekindled my fascination with the continent. I have now learned about Amundsen and his trek to the pole. And about Scott's tragic expedition in which he made it to the pole but froze to death on the way back. A surviving member of Scott's crew wrote a book about a part of the trip with a great title - "The Worst Journey in the World."

Oof, that was a long-winded way of saying that I have had Antarctica on the brain lately. Of course, I had to create a mix to go with my obsession. One way to approach this mix would be to use atmospheric dub tracks. A lot of ambient dub music uses environmental themes and cold, arctic imagery. I thought that was the direction I was going to go until I stumbled on a bunch of tracks from William Ryan Fritch. He had a ton of great titles that fit perfectly, such as "On Frozen Ground" & "Ghosts in the Gale". And a couple of new tracks, "Blistering Wind" & "A Fissure Too Wide", are from his new album, Polarity, coming out this week.

After hearing those tracks I decided to go with a more organic sound. It seemed to fit better when thinking of journeys happening between 1905 to 1917. There are some electronics and synths that show up but generally, the mix has a more acoustic, orchestral feel.

The track titles show how the mix will take the listener on a journey that is a composite of many expeditions in Antarctica. The track by Irezumi is called Endurance, the name of Shackleton's ship. He uses some spoken word in the track that I assume is supposed to be Shackleton. The mix finishes with a whispering wind and the beautiful track "Before My Time" with vocals from Scarlett Johansson and lyrics that work well with the theme.

Bundle up and enjoy this excursion to the bottom of the world. 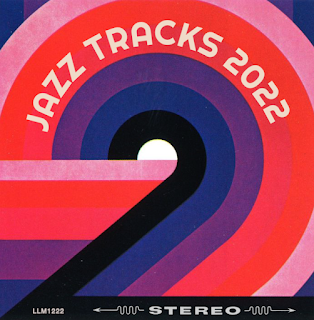 I usually listen to jazz at work while doing some computer maintenance or slogging through emails. I don't keep as close track of standout albums like I do with ambient and indie. So this is a collection of tracks that I happened to enjoy this year and of course they had to fit with the vibe of the whole mix.

My top 5 jazz albums are:

I cheated on number 5 and included two Oren Ambarchi albums, both of which aren't exactly jazz but I don't really know what genre they are so they get plopped into jazz. I absolutely love both albums and it's my list so I can do whatever I want. Number 4 on the list may not be jazz either as I had it in my top 10 for ambient albums. It's the perfect melding of the two genres. Makaya McCraven - In These Times has gotten a lot of mainstream attention and has shown up on a lot of year-end lists and it deserves it. The album by Vega Trails is essentially bass & wind instruments so it's nice and sparse which why I love it. Charles Lloyd - Trio of Trios is the most straightforward jazz and it's fantastic. 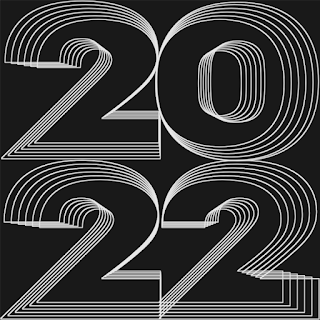 I can't decide which of these Best Ambient mixes I like the most. Oh well, I guess I'll just have to listen all 3 all day, every day until the end of the year. Then the journey starts all over again.

As another year comes to a close, it's hard to believe I've been at this for 17 years. Yikes! I'm not sure how long I'll keep creating these mix but I at least have to make it to 20 years, right? If I ever retire from my day job this seems like the perfect retirement activity. Forget golf, I just want to listen to music and create mixes(and go to movies, concerts and funky restaurants.)

Here's to a hopefully less chaotic 2023. 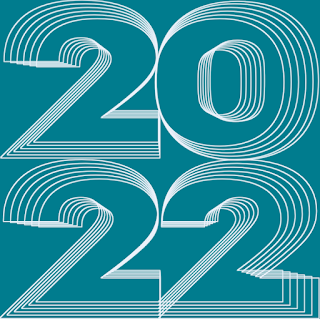 Not much to say other than here is Best Ambient 2022 part 2. 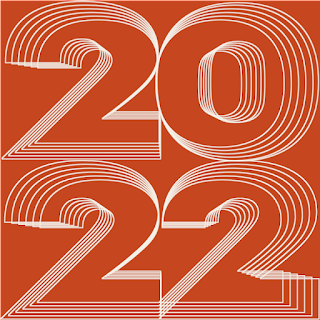 Man, these lists are tough to assemble. So why do I does this? Mostly because I enjoy the exercise of reviewing the tons and tons of music that is released over the year. It's a more active and intentional listening mode that I switch to at this time of year. I love checking out other lists to see what I may have missed. But mostly I'm just a music dork who likes lists. So here it is my favorite ambient music of 2022.

Here's the rest of the list in alphabetical order:

I've done three separate mixes to celebrate the best ambient music of 2022 and I will post one a day.

A Tribute to Manuel Gottsching 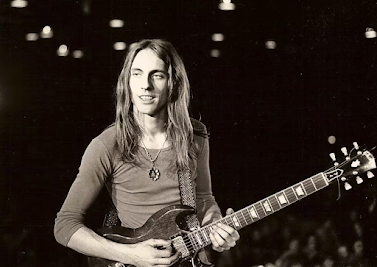 I have been a casual fan of Manuel Gottsching for a long time but I never really dug into his discography until the last few days with the news of his passing. I don't have time to write much about him so I'll cut & paste a few things from Pitchfork.

Göttsching made his name in the West Berlin underground scene in the late 1960s and early ’70s. He was a core member of Ash Ra Tempel, a krautrock linchpin with revolving members including Tangerine Dream’s Klaus Schulze. The loose, shapeshifting outfit released five influential albums between 1971 and 1973. Göttsching’s solo debut, 1975’s Inventions for Electric Guitar, was subtitled Ash Ra Tempel VI; from then on he mostly produced records under his own name or as Ashra, such as the 1976 classic New Age of Earth.

In 1981, after a visit to Schulze, Göttsching improvised the composition that became known as E2-E4, hoping to throw together some listening material for an imminent trip. That mysteriously perfect hourlong exercise, which combined Prophet 10 synth pulses with waves of electronic percussion and electric guitar, came to define his post-krautrock output. After composing the track, Göttsching later recalled, the billionaire and Virgin Records owner Richard Branson invited him to his houseboat and, upon hearing the track, advised Göttsching that it could make him a fortune. But Göttsching decided to release the full improvisation on his friend Schulze’s label, without overdubs, in 1984, and it appeared to have little impact.

Though E2-E4 sold poorly, it had—unbeknownst to Göttsching—made its way across the Atlantic and into Larry Levan’s Paradise Garage sets, as well as the collections of key electronic music innovators. As Pitchfork’s Mark Richardson wrote in a 2016 review, the improvisation “wound its way across the world, morphing and changing with formats and remixes, finding new contexts, a music that is constantly in the process of becoming.”

It was a nice trip through Gottsching's music making this mix. I hope he is improvising with his buddy Klaus somewhere.

Bells and Flutes for Sleep & Meditation by Paul Asbury Seaman

This is the perfect mix to offset the hustle & bustle of the holiday season. Skip the shopping and make some tea and chill the f*** out to this wonderful meditation mix from Paul Asbury Seaman.

"Native American flutes. A bit of Ireland, a bit of acoustic guitar (with echoes of India), interspersed with Tibetan bells, wind chimes, and a recent track by Steve Roach that is his most sublime composition since “Structures From Silence.” So, a bit of variety, but all with a consistent tone of serenity—my most soothing mix yet.”

Here links to all the music used in this mix:

Thanks Paul for another great mix!  Cheers! 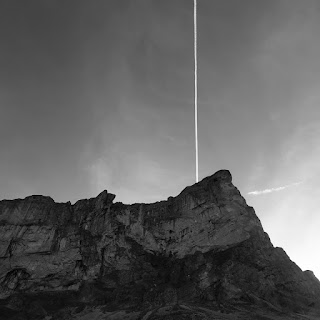 A couple of weeks ago I posted the Numinoustrings mix which featured a track by Seabuckthorn. I like the vibe of that mix and how the Seabuckthorn cut fit in. So I reached out to the man behind Seabuckthorn, Andy Cartwright, to see about him creating a guest mix. I was psyched when he said yes!

I am happy to present Transcendental Freq. Similar to Numinoustrings, it falls into the ambient/modern classical category. This set does exactly what I love about guest mixes - it combines familiar artists with new discoveries and tosses in a surprise or two. Andy saves the best surprise for last - an unreleased Seabuckthorn song recorded last year.

Here a link to Seabuckthorn music on Bandcamp - https://seabuckthorn.bandcamp.com/music

And here are links to all the music used in this mix in the order in which they appear: