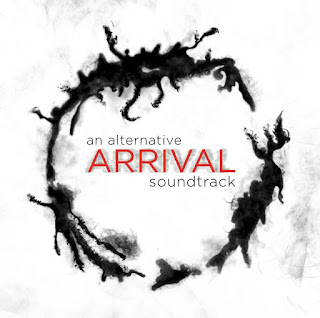 So here it is - An Alternative Arrival Soundtrack. I absolutely love Johann Johannsson's original soundtrack, probably one of my top two or three soundtracks of all time. So this mix is not attempting to make something that I think is better than his score. It's sort of a supplement to the original, a collection of tracks that fit with the style of the original.

All of the tunes are newer than the original soundtrack, which came out in 2016. All the tunes except On The Nature Of Daylight by Max Richter. That amazing track was used to open and close the film. Here I use it in an unusual way - it plays backward then forward at the end of the mix. The film messes with the concept of the passage of time and the Richter track bookends the film to bring events of the end back around to the beginning. So playing it backward then forward kind of does the same thing. And it's crazy how much the track still sounds the same while playing backward.

If you haven't seen the film, go see it. It is definitely one of my top three favorite films of all time. Here's a link to the Blade Runner alternative mix...

PS - the tune @ 15:00 is from my son. He did an excellent track for the Blade Runner mix and so I went to him immediately for this mix as well.