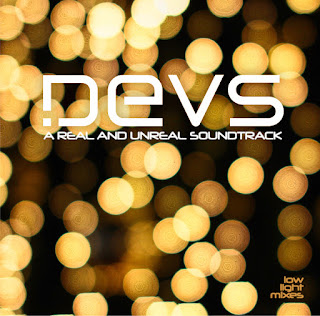 DEVS, a tv series on FX/Hulu, is easily one of the best things I've ever seen on tv. It's written, directed and produced by Alex Garland the man responsible for Ex Machina & Annihilation, two of my favorite films of the last ten years.

The sound design and music in his films is always perfect. His musical collaborators are Ben Salisbury & Geoff Barrow and they are responsible for the music in DEVS as well. Garland lets scenes breathe, lets the music wash over you as the camera lingers.

It's difficult to separate the original music from pre-existing music used in the series. No soundtrack has been released so this mix has none of the newly written score. But I was able to track down a few of the pre-existing tracks that were used. The most important of which is Jan Garbarek - Regnantem Sempiterna. It makes several appearances throughout the series. One of the other pieces I was happy to find is Fortunate Ones by The Beacon Sound Choir. I ended up using two other tracks from them because it fit the style of the show perfectly.

I used several tracks from other soundtracks by Salisbury & Barrow and a few from the new Johann Johannsson album. I also used some favorite tracks from Cliff Martinez because of the steel drum sound he uses. Salisbury & Barrow used that same type of sound throughout their score. And anybody that has seen the series finale will know why I used Rachmaninov - Dues Meus.

If you haven't seen the series I highly recommend it. And then, of course, listen to this mix.