Every day is like Sunday - Sunday morning music vol. 3 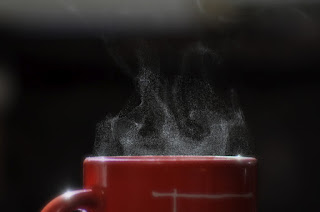 Sunday mornings in summer...put on some coffee even though the temps are already climbing.

Sunday mornings in summer...are spent on the deck with the paper & the birds.

This is the third in my unplanned Sunday morning music series.  I hadn't intended to more than one of these mixes but the first was so popular on Mixcloud that I couldn't resist doing more.  I was amazed at how many listens it got and to be honest, I liked that popularity, so I became a bit of a ratings whore & went back to that same well again.

As with the others in this series, this mix is a collection of instrumentals, acoustic tunes, jazz & other oddballs.  I am happy to have squeezed in the tune, The Farther Away I Am, from Daryl Hall.  Yes that's Daryl Hall of Hall and Oates.  It's from a 1980 solo album he did that was produced by Robert Fripp, thereby assuring it would be a commercial bomb.  The album was kind hit & miss but I've always loved that song.

Other favs in the mix are the ones by Sun Kil Moon & Keola Beamer and of course the Colin Meloy cover which I stole as the title for volume 3 in this series. I know the Beamer tune borders on new age.  But I think this cut doesn't go over the edge into new age crap.  It just has this nice breezy feel which perfect for sitting on the deck with the sun on your face.