The Power of Memory by Altus 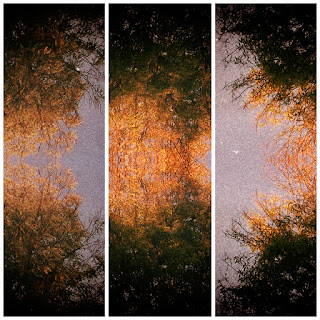 The first time I used a track from Altus in a mix was 10 years ago. I've been a fan ever since. Altus is Mike Carss, who also records as Loneward. Between those two musical personas, I've used Mike's music in 10 mixes.

After listening to the new Loneward album, Pallid Memories, I asked Mike if he could create a guest mix for me. Luckily, he said yes and now we have this wonderful new collection, The Power of Memory. I've been listening to it nearly every day for the last two weeks and I just can't say enough about this mix. It transports the listener through space and time.

Here's what Mike says about this mix:

Our brains are mysterious machines when you regard how memory works. If you listen to new music and it causes you to sit up and take notice, there's a chance that moment in time will encode itself into the soundwaves. With each repeated listen, you can reinforce that, recording fragments of those periods of time. Afterward, no matter how long a time gap, if you listen to that song again, you can enjoy the memories held within. This makes the music yours and deeply personal.

Even more interesting is when you listen to new music and it simply unearths nostalgia within you.

The final track in this mix, written by me (Loneward), is my way of expressing both these phenomena.

As you might have guessed, each song (aside from the final track) has deep meaning to me. I'm happy to be able to share them with you, and I hope the music moves you enough to explore the albums they came from.

When Dave asked me to guest mix for LLM, I thought: yeah, that sounds like a fun project. I've never done anything like this before but knew there was an art to it. Now, I have a whole new level of respect for those who create these mixes. Coming up with a set list is one thing, but getting them to actually work together without unwanted dissonance . . .? Ouch!

My thanks to Dave for the opportunity. I hope you enjoy the journey.

Links to every album used in this set, in the same order in which they appear in the mix:

Also thanks to Mike for collecting this social info for all the artists in the mix:

Thanks again, Mike, for creating this gem!